AN OVERVIEW OF RHINOPLASTY:

The term rhinoplasty is derived from Greek, meaning to shape the nose. The procedure dates back to ancient Egypt (3000 to 2500 BC) and ancient India (c. 800 BC). Whilst modern surgical techniques have evolved greatly, the forehead flap rhinoplasty developed in ancient India to reconstruct amputated noses, is still in use today, and remains a robust way of replacing tissue over the nose that has been removed for skin cancer.

Rhinoplasty can be performed for:

The Art and the Science

Regardless of the indication, when approaching rhinoplasty there are some aesthetic ideals that one aspires to. These ideals are population specific, so different cultural groups may deem different features to be “attractive”. Understanding these ideals, but also understanding what the individual choosing to undergo rhinoplasty is trying to achieve, is an important part of pre-operative assessment.

Every rhinoplasty is different as everyone’s anatomy, and expectations about the outcome, are different. It is not possible to create any nose from any nose. Rather, the nasal skeleton can be modified to achieve more balanced aesthetics, but to a large degree what can be achieved depends on what anatomy one is starting with.

There is an additional consideration, and one where ENT surgeons have a distinct insight, and that is nasal function. In many cases, there is some trade off between aesthetic modification of the nose and nasal function. Scar tissue following surgery contracts and whilst functional problems may not be evident early on, over time issues may evolve. The well versed rhinoplasty surgeon will recognise the possibility of this happening, and employ techniques that help counter or reduce this possibility.

One example is where a large hump is reduced, and the patient has short nasal bones. As the nasal bones are fractured inwards to bring them together again after taking away the hump, the important nasal valve region (the narrowest part of the nasal airway) is narrowed further. To counter this we might recommend placement of spreader grafts that widen and strengthen this part of the nose. Whilst this may initially make the middle third of the nose look a little broad, we know that over time (12 to 24 months), as tissues contract and remodel, the final outcome is both aesthetic and functional.

The surgeon’s role, then, is to understand the anatomy and how this is contributing to the patient’s concerns, recognise how to modify this anatomy to achieve the desired result, without compromising function to a significant degree, and to guide the patient as to what can and cannot realistically be achieved with surgery. 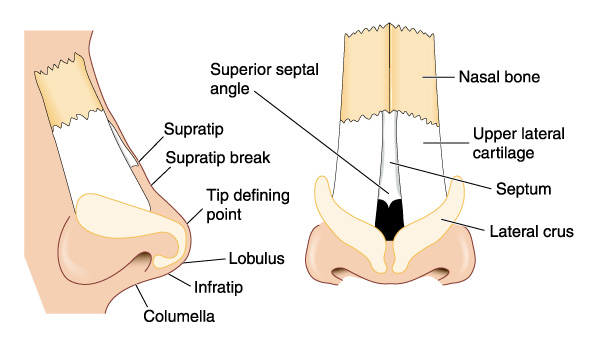 Approaches to the Nasal Skeleton

There are two general approaches to the nasal skeleton, endonasal where all incisions are within the nasal cavity, and external where a small incision (often in an inverted V shape) is made across the skin of the columella (the skin and cartilage that separates the nostrils and sits between nasal tip and upper lip). A skilled rhinoplasty surgeon will be confident with both approaches.

Once the nasal skeleton is accessed, there are numerous described techniques for sculpting the cartilage and bone. Having confidence with several of these allows modification of the technique to accommodate the anatomy that is identified.

At times, additional support needs to be brought to the nasal skeleton, to replace tissue that has been previously removed, to strengthen the nasal skeleton that has weakened due to tissue laxity over time, or to resculpture or replace anatomical abnormalities in the nasal skeleton for a more aesthetic appearance. This can either be with autologous material (from the same patient, usually cartilage) or with implantable material. Use of implants always carries a risk of rejection or extrusion later on (sometimes years later), so our philosophy is to use autologous material in preference, which we know will not be rejected as it is the patient’s own tissue.

In order of “quality” of cartilage for use in nasal augmentation surgery, the nasal septum is foremost, and as septoplasty can be performed readily at the time of rhinoplasty surgery, cartilage from the nasal septum is accessible. Occasionally, because of previous trauma, surgery, or disease, septal cartilage is lacking. Cartilage from the bowl of the ear (the conchal bowl) is second best in terms of strength and ease of manipulation. The natural curvature of this cartilage also can be used to advantage to replicate that of cartilage that forms the nasal tip. Occasionally significant support is required, and this is where cartilage harvested from a rib can be of use. Rib grafts have become “fashionable” again in recent times, and in my experience are not frequently required. They have the disadvantage that they tend to warp and are thus less predictable over time, and give the nose a rather rigid feel. Nevertheless, where there has been significant loss of support from trauma (eg. boxers) or disease such as Wegener’s granulomatosis, such cartilage can be indispensable. 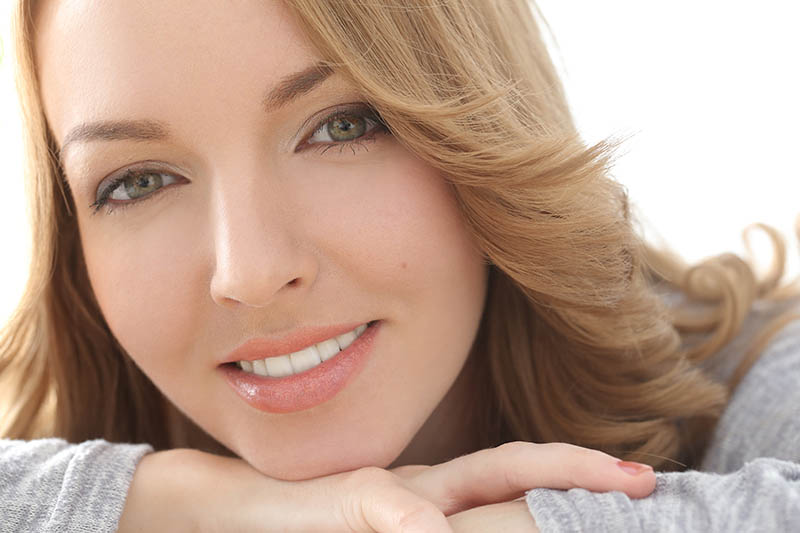 Although sculpting of the nose can give a pleasing result at the end of surgery, there is a somewhat unpredictable aspect to healing that can lead to less than desirable results over time. To a large degree, experienced rhinoplasty surgeons are aware of the forces and changes that occur with healing and remodelling of tissues over time, and use techniques that take this into account. Occasionally, remodelling of tissues after surgery occurs to a greater degree than anticipated, and as such there is a revision rate with rhinoplasty surgery of the order of 10-15%. Often this is a relatively minor issue such as excess new bone formation, which can be dealt with in a “finesse” procedure. We would normally advocate waiting at least 12 months, to allow maturation of tissues and scar, prior to undertaking any revision.

With each additional revision procedure, more scar tissue is formed, making the procedure more challenging and the results somewhat more unpredictable. The law of diminishing returns applies, so the best chance of significant change with good predictability of outcome, is with the primary procedure.

One final note on computer imaging: surgeons are divided as to whether this is a useful tool to give patients an impression of the expected change in appearance with surgery. It is possible to modify a photo digitally in numerous ways, many of which do not replicate what can and cannot be achieved with surgery. Our feeling is that this can lead to a false impression of the expected outcome. I personally find it much more fruitful to discuss the patient’s concerns, and review a series of clinical photographs with the patient, which helps them understand the changes that can be achieved with surgery, and helps point out other issues of aesthetic balance they may not have considered. This helps ensure we go in to surgery both “on the same page”.

Dr Schembri undertook post graduate fellowship training in facial plastic and reconstructive surgery at St Bartholomew’s Hospital, London, U.K. He has many years of experience with cosmetic and functional rhinoplasty procedures, and has convened and been on faculty of several national and international rhinoplasty training courses and conferences. He performs regular cosmetic and functional rhinoplasty procedures, including as part of management of sleep apnoea, and nasal septal perforation repair, with a consequent solid understanding of balancing functional and aesthetic concerns.